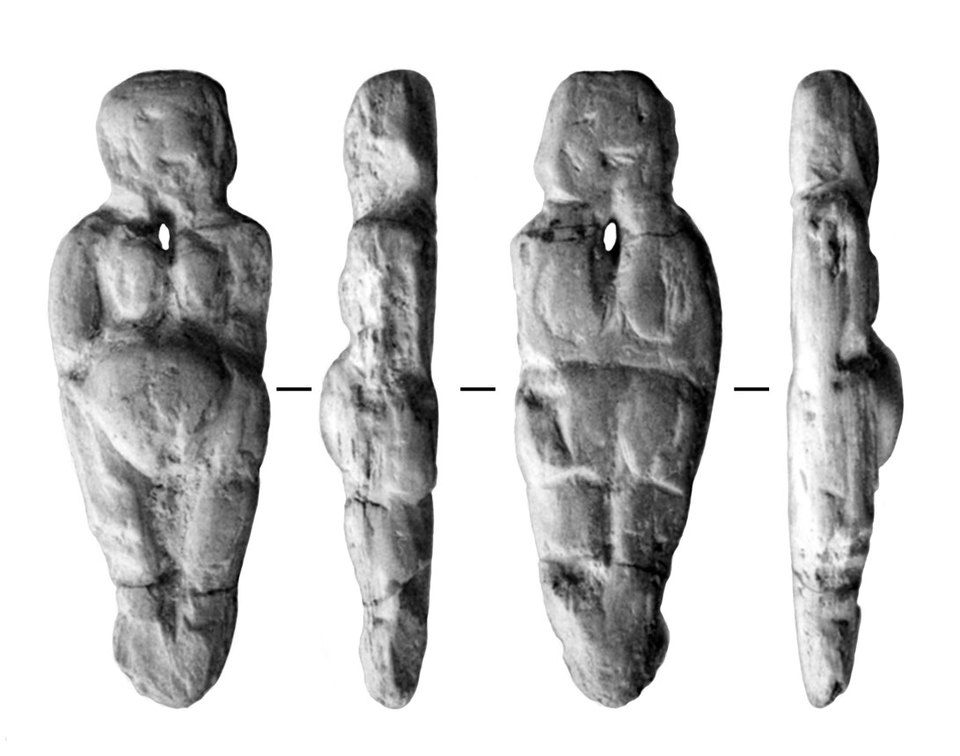 “Janus”, in addition to that of “woman with pierced neck”, derives its name from the perception of two faces, one behind the other. In fact it is two female figures on a flat surface, of which one is hardly detected. The physiognomy of the face and anatomical characters are barely apparent. The presence of a hole suggests its use as a pendant (green steatite, height 6.1 cm).
This model falls outside the usual repertoire of Venuses, bearing witness to the complexity of symbolism tied to the female figure.

Gravettian culture (30-20 thousand years ago) was also characterised by a homogenous physiognomy, along the same lines as the Aurignacian. Patterns of settlement differed according to variations in the geographical areas and landscapes, naturally influencing hunting strategies, lithic productions and symbolic features (art, burials, ornamentations etc.). The homogeneity of this culture is remarkable. There were instances of regional originality, but this takes nothing away from the overall uniformity of the European Gravettian.