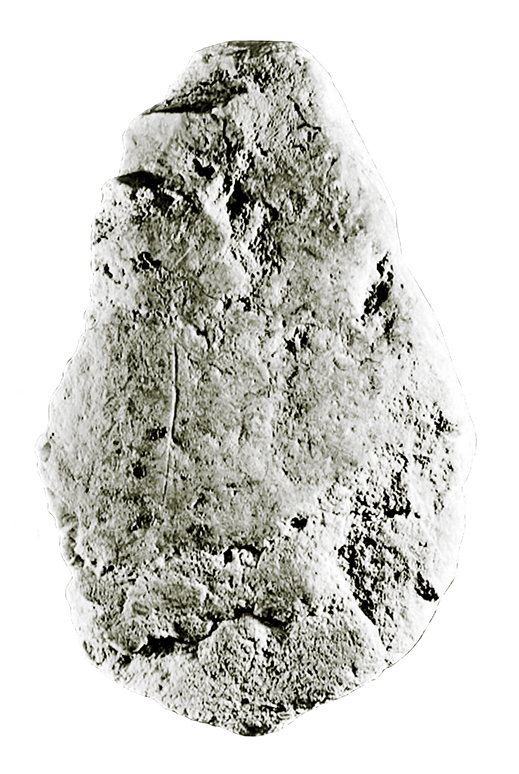 Two pebbles with engravings, used as strikers.
One (No. 4747) presents two series of incisions of different depths, both iso-oriented parallel and more disorderly.
The other finding (No. 273) presents a few incisions that are not grouped and are not entirely iso-oriented.

The Mousterian signifies the totality of Neanderthal Man's cultural characteristics, which varied across Europe on a micro and macro-regional basis. Above all, variabilities are to be found in the lithic production, although varying behavioural features - resulting from different environments and climactic districts - also existed in strategies related to hunting and settlement.

In the overall picture of cultural evolution, amongst the great acquisitions of the Mousterian were the beginning of funerary practices by interment and the first evidence of depictions. The Neanderthals went extinct around 30,000 years ago.

The graphic productions of this period were exclusively linear, with varying levels of elaboration. There is no evidence of naturalistic depictions portraying any recognisable subjects.